The first test that is usually requests when initiating the study of infertility is the semen study. Anomalies (if any) will condition all the diagnostic and therapeutic strategy.

To carry out this examination the sperm must be collected in a sterile bottle, preferably in the laboratory. If this is not possible, the sample should reach the laboratory within 30 minutes after ejaculation. You should maintain an abstinence 3 to 5 days before the collection.

Various sperm characteristics are evaluated: the volume and number of spermatozoa (EZ), motility and morphology, among others.

In the following table some normal semen study parameters are discrimated.

The treatment of infertility can range from simple advice to the use of Medically Assisted Procreation techniques. Below are described briefly some of these techniques:

• Use of donor sperm

• Use of oocyte donor

This treatment consists in the use of hormones (gonadotropins) so that a follicle develops until it reaches a diameter of more than 16mm. At this point another hormone is administered for triggering ovulation which will occur, generally, after 36 hours. Sexual relations are programmed for this time.

This treatment involves a daily injection of gonadotropins at a certain hour. It also implies do some ultrasounds to monitor the growth of follicles.

Ovulation is induced in a similar way as described in the previous treatment. The only difference is that instead of having normal sexual relations at the time of ovulation, the spouse collects sperm, the sperm is treated in the laboratory and an active sample is injected directly into the uterus through a very fine catheter.

The IN-VITRO FERTILIZATION (IVF) is a technique that basically consists in the placement of oocytes and spermatozoa in a an appropriate culture medium in the laboratory, so that fertilization occurs. The resulting embryos (usually one or two) are then transferred to the uterus, to develop naturally.

The INTRACYTOPLASMIC SPERM INJECTION (ICSI) is a technique used in the context of an IVF cycle, in which a sperm is injected directly into the oocyte. Technical indications are fundamentally the serious shortcomings of spermatozoa and fertilization failure in the normal IVF.

IVF is the treatment of choice in cases of tubal obstruction and in some cases of endometriosis and certain problems of spermatozoa.

The success rate of IVF depends on several factors, the most important of which is the female. The success of IVF is less the greater the woman's age, especially after 35 years, following the natural decline in fertility.

The IVF success rate increases with the number of attempts (up to four).

Of pregnancies resulting from IVF about 75% are single gestation,  23% are twins and 2% are triplets.

Children resulting from IVF have the same incidence of birth defects than children conceived naturally.

The following steps correspond to the luteal long protocol.

Around 21 to 23 day cycle begins the administration of a hormone (an agonist of GnRH, eg: Suprefact) which will subsequently allow ovarian follicles (small net bag containing the oocytes) grow in synchrony and not ovule before the collection.

To increase the success of IVF it is necessary to stimulate the ovaries so that they produce several oocytes in the same cycle. This polyovulation is achieved by resorting to the use of hormones (FSH, eg: Gonal F, Puregon, Menopur), which must be administered daily at the same hour subcutaneously. The dose of these hormones varies according to the status of the ovaries and its response during stimulation. The ovarian response (number and size of follicles which contain the oocytes and their growth) is monitored for successive scans (vaginal probe).

When the follicles reach a certain size (exceeding 16 mm) ovulation is triggered using also a hormone (chorionic gonadotropin, eg: Pregnyl). The oocytes have to be collected between 34 and 36 hours after. This collection is done under general anesthesia of short duration (do not forget to be fasting). A needle is attached to the vaginal probe echograph, and follicular fluid drawn through this needle. This liquid, where are the oocytes, is then examined under the microscope by embryologist. Shortly after the spouse proceeds to the sperm collection.

4th - FERTILIZATION OF OOCYTES BY SPERMATOZOA

The oocytes are placed in the incubator together with the spermatozoa (which have since been selected) in order that  fertilization happens. In some cases (serious deficiencies of gametes) spermatozoa are injected directly into the oocytes. It is what is called Intracytoplasmic Sperm Injection (ICSI). After collection returns home. At night begins to take another hormone (progesterone, eg: Utrogestan), important in the 2nd phase of the cycle and early pregnancy. On the following day it is possible to know if there was fertilization or not.

Between three and five days after oocyte collection proceeds to the transfer of embryos into the uterus. This transfer is done through a flexible tube that is inserted through the cervix. It is a painless process, usually. After the transfer will still lie a few minutes and then return home. You should avoid long trips on that day. In the following days and until know you are pregnant you should avoid strenuous efforts. You should also avoid sexual intercourse. Do not forget to take the medication was also prescribed for you.

Twelve to 14 days after collection of oocytes it is possible through a blood test to know if you are pregnant and 21 days later it is possible to confirm the pregnancy by ultrasound. The other most used protocol is the protocol with GnRH antagonists (Cetrotide, Orgalutran). In that Protocol starts gonadotropins on day 2 of the cycle alone. By the 6th day of the cycle starts concomitant administration of GnRH antagonists that you suspend in the day when you suspend the gonadotropins. The remaining steps are similar to the previous protocol.

USE OF DONOR SPERM

In case of absence of spermatozoa one of the hypotheses that it is possible equate is the use of donor sperm.

The most used technique is intrauterine insemination (described above), using the sperm of a donor whose characteristics are close to the male element of the couple.

USE OF DONOR EGGS

In certain situations (especially in premature menopause) in which there is no chance of collecting woman's eggs may be resorted to donor eggs.

The preimplantation genetic diagnosis is a technique that can be used in the context of an IVF to identify embryos that are not affected by specific genetic disease (paramyloidosis, hemophilia, chromosomal abnormalities, for example), thereby reducing the risk of a child born affected by these diseases. 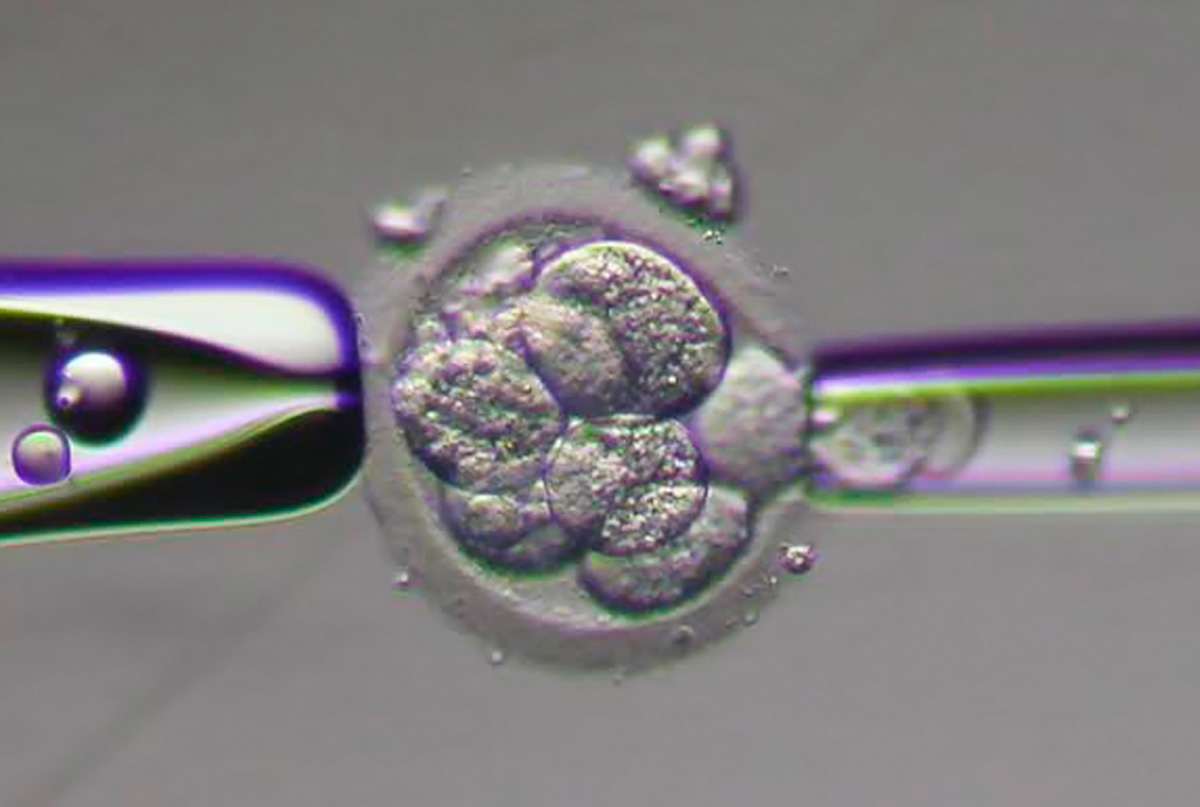 In Centro de Estudos de Infertilidade e Esterilidade it is possible to cryopreserve supernumerary embryos, i.e., those that were not transferred after a cycle of IVF, provided they meet the conditions so that they can withstand the freezing process.

The existence of cryopreserved embryos means that the female member of the couple does not have to pass again through the process of ovarian stimulation and oocytes collection, requiring only hormonally prepare the endometrium for their transfer, significantly reducing the financial costs.

The cryopreservation of spermatozoa allows to be used:

c) in cases of temporary absence of the male member of the couple, low frequency of sexual intercourse or erectile dysfunction

The cryopreservation of oocytes carried out by the vitrification method allows:

b) maintaining female fertility related to age, allowed postpone for some time motherhood